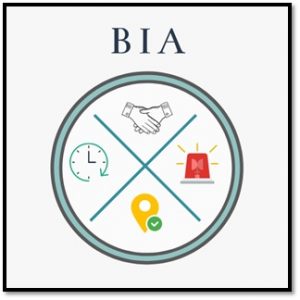 The purpose of having a device that can support Mexican society in the issue of insecurity, by means of an intelligent accessory with GPS sending a message of help to known people, since we are exposed to it at all times, whether on the way from home to a specific place, in a place of work and even in a place of recreational activities. With this device we seek to reduce insecurity in people´s  daily lives and to have more confidence and peacefulness in people´s activities on a day-to-day basis.

As we can see in everyday life we ​​are always exposed to any kind of danger, be it a robbery or an assault, and even a murder, they are things that we can not avoid, but to a certain point extent if we prevent or be ready to know how Act. SBH is a device that goes in accessory or clothes, which will be a mean of help, that being in a situation of fear or insecurity will generate an alert that will be transmitted by means of a text message to certain cell phones, as well as to 911, which is the number of emergencies in Mexico, that will be able to send the location by means of GPS to certain people.

It will be possible to have an intelligent electronic device that helps reduce the risk in cases of incidents for people.

In cases of risk, kidnapping or crime, the greater damage can be reduced by means of an intelligent device in the form of an accessory.

With the information from RNPED, we have that the number of people not located until the end of 2018 was 1,634.

In the state of Mexico there are 3,890 occupying the second place as shown in the following graph.

In which he highlighted 4 actions to fulfill:
FIRST.

Thanks to the sum of federal and state resources, control and command centers, C4 and C5, have been put into operation in the main cities of the country.

The new Cartographic Portal of Plataforma México is in service, with which local corporations can learn about criminal problems at the street, neighborhood or neighborhood level, to take the appropriate measures.

The entry into operation of the single national emergency number 911. This service already operates in 16 states and, as of January 2017, will operate throughout the country.

Special operations of the Federal Forces in cities and areas where they are required, and greater coordination between federal and local authorities, to define joint actions in security matters.

Progress in the professionalization of members of the police forces.

In less than 2 years, the Master’s Professionalization Program has trained more than 330,000 police officers and more than 6,000 commanders from all the forces in the country.

Additionally, more than 230 thousand security elements have received courses to effectively carry out their work as first responders in the Accusatory Criminal Justice System; which is key to providing strong evidence and making solid inquiries.

Based on statistics from the Executive Secretary of the National Public Security System, he indicated that in 2019, 239, 219 investigation files were registered for crimes against the family, the highest figure historically recorded in the country.

The office in Mexico of that international instance, showed that emergency calls to the 911 service for incidents of violence, harassment or rape and for intimate partner or intra-family violence totaled 115 thousand 614 since the beginning of the contingency in the country, an increase of 28 in March in relation to January.

Claudia Sheinbaum highlighted the advances in the fight against insecurity in Mexico City:

He detailed the achievements in different crimes from January 2019 to August 2020:

They are plates composed of semiconductor materials, active and passive materials, whose operation depends on the flow of electrons for the generation, transmission, reception, storage of information, among others. This information can consist of voice or music as on a radio receiver, an image on a television screen, or numbers or other data on a computer.

The digital signal is the representation of an analog signal using discrete values.

A micro-controller is an integrated circuit that contains a central processing unit (CPU), memory units (RAM and ROM), input and output ports, and peripherals. These parts are interconnected within the microcontroller, and together they form what is known as a microcomputer. It can be properly said that a microcontroller is a complete microcomputer encapsulated in an integrated circuit.

Number of bits: the memory is organized in 14-bit words, the stack size is 8 levels.

Number of ports: 2 ports. Port A has 5 bits and Port B is an 8-bit bidirectional port.

Fig. 1. Parts of a micro-controller

They are characterized by their architecture, with independent gamut and data memories, which allow accessibility and diversity in memory size.

They are classified into three ranges: Base, Medium and Enhanced.

Base Range: They respond to 33 instructions of 12 bits in length each and have a stack with two levels of depth.

It is composed of 14 models, of the 6 they are encapsulated with 6 pins, for this reason they are called dwarfs.

Medium Range: It has 35 instructions.

-Programmable memory that can reach 128 KB.

It is a network in which two or more terminals can communicate without the need for a cable connection. Thanks to wireless networks, a user can stay connected when moving within a certain geographical area. Wireless networks are based on a link that uses electromagnetic waves instead of standard wiring. Wireless networks allow remote devices to connect without difficulty, whether they are a few meters away or several kilometers away. Likewise, the installation of these networks does not require any significant change in the existing infrastructure as happens with wired networks.

Wireless networks are classified according to the coverage area from which user connects.

GPS is a navigation system based on 24 satellites (21 operational and 3 backup) in orbit over planet Earth that sends information about the position of a person or object at any time and weather conditions.

The GPS was created, installed and used in 1973 by the United States Department of Defense, at first it was for single and exclusive use for military operations but from the 80s the United States government allowed society civil to enjoy this navigation system.

The GPS was designed with the aim that the user obtain knowledge about his position, information on the direction to which he is going, speed, approximate time of arrival, among other data.

Among the languages ​​that we program the most efficient micro-controller to use are;

Design and develop an intelligent device in the form of an accessory or inside clothes, which sends an alert message and the location in GPS to cell phone numbers.

The purpose of having a device that can support Mexican society on the issue of insecurity, by means of a smart bracelet with GPS sending a message of help to known people, since we are exposed to it at all times, either on the way from home to a certain place, to a workplace and even to a place of recreational activities. With this device we seek to reduce insecurity in people’s daily lives and to be able to have more confidence and peace of mind in people’s day-to-day activities

If we can send a help text message, with the GPS location through a device, to cell phones of acquaintances, then we can help reduce further damage in case of risk, crime or kidnapping.

1.- Investigate and determine how to send a text message through an electronic device.

2.- Design the device in the form of a prototype or sample.

3.- Investigate and determine the devices and components to be used to develop an electronic prototype.

By pressing the switch in the electronic circuit, a signal is sent to the micro-controller that tells it to send the message with the text “I AM IN DANGER” as well as the location coordinates.

The message arrives in the form of text to the cell phone registered in the program.

The coordinates correspond to the exact location where the switch was pressed.

The message arrives in a time of 00.11 seconds.

This exercise was carried out with the prototype of the PIA device located in the center of Tlalnepantla, and the cell phone that received the message in the Baden Powell School, equivalent to a distance of 8.4 km.

The BIA device is expected to be able to be built in a portable way, instead of having a direct connection to power, to be able to use a battery and thus have a prototype of the main portable and useful function for people, with the support and help of the Technological Institute of Tlalnepantla.

Focused on the sustainable development objective number 16 Peace, Justice and Solid Institutions by the United Nations, to establish a support that to society in general can give confidence, tranquility and security in their daily life in any part of the world, not only of a specific country.

By obtaining a response time of 00.11 seconds between the moment the message sender presses the button on the BIA device and the cell phone receiving the message, it is an excellent time to be able to act on the emergency indication.

The message arrival time also depends on the means of communication of the same, so we determine that the 00.11 seconds are a parameter to realize that if it is a fast time but not that it will always be the same.

By obtaining the correct functioning of the programmable electronic circuit as a prototype of the BIA device, now we will move to the design of the prototypes in an aesthetic way and the field research through surveys of people who consider the proposal viable.